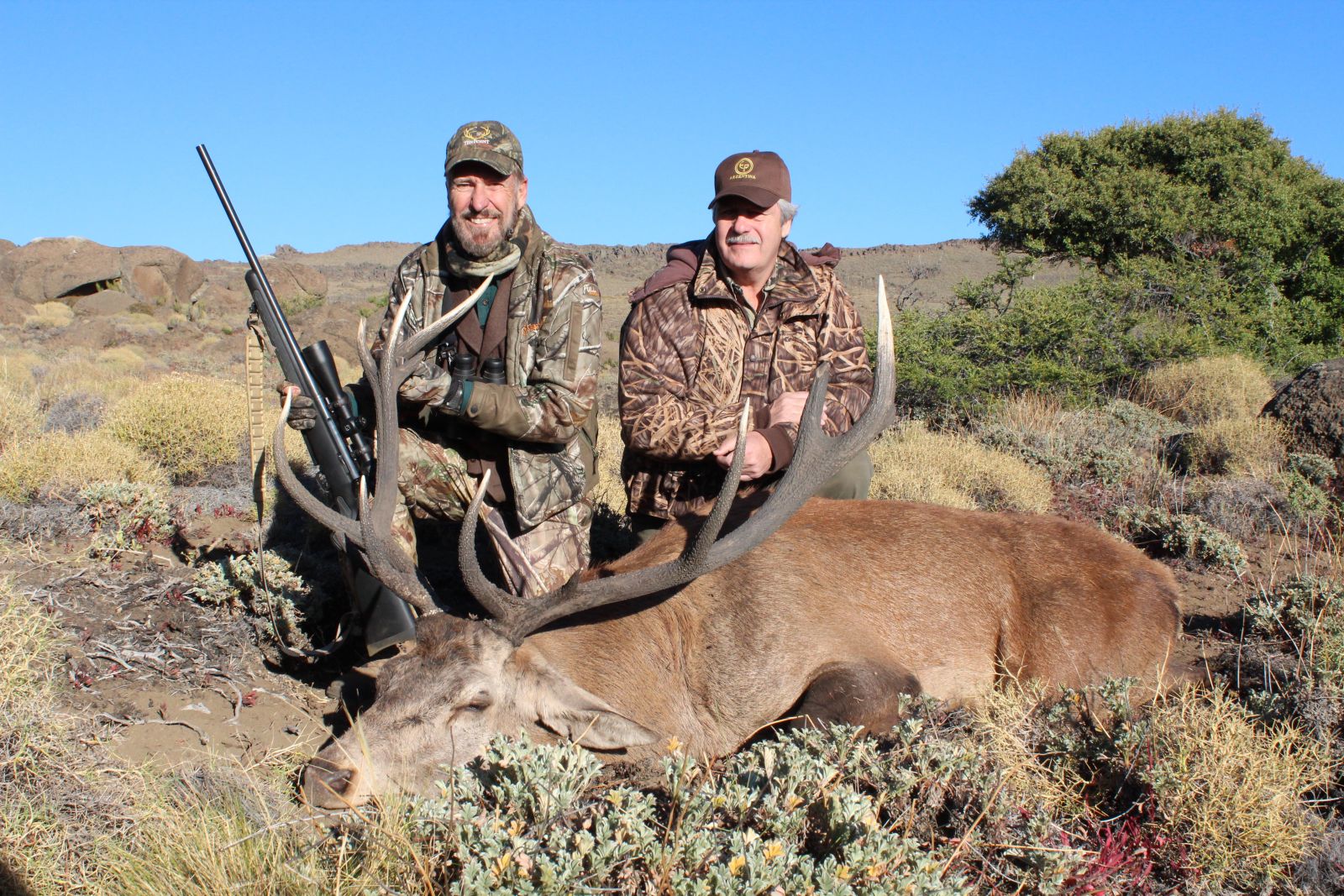 Dr. Kroll has returned from Patagonia where he filmed a free-range red stag hunt for North American WHITETAIL TV. He was hosted by one of South America's best known and successful outfitters, Emilio Paris, who is well known for waterfowl, upland game bird and big game hunting at its finest. For Doc, this was a return to a place he  once worked more than 35 years ago; a place about which he has many wonderful memories. Estancia Pilolil is a huge property nestled among the stepps of the Andes near the Chilean border. The property is incredibly managed as a wildlife paradise. One valley had so many stags congregating for the roar that Doc and Emilio renamed it, Stag Valley! "This is a fantastic operation, first class in every way," smiles Doc, "if you are lucky enough to be one of the few that hunt there, it will be a hunt of  a lifetime!" Doc and his cameraman, Mike Emory, took on a very long stalk; taking a world class stag with his TC Venture. Friend, John Butler of Buck Forage Products also took one of the largest stags ever for the Estancia, which should go into the record book. Look for the hunt next year on NAWT TV.