It was only five years ago when Dr. Kroll discovered a strange pear growing on the research facility. Thinking it was just a "wildling," he almost killed the tree with herbicide,but decided to watch it for another year. That single tree turned out to be the parent of the greatest revolution in fruit trees for whitetails! Starting with only a few buds, Dr. Kroll had them budded to root stock. Then there were about 40 young trees, followed the next year by 100, and in 2014 there were a 1,000. We were excited that single buds grafted in February grew to 8 feet in height by July! In Fall, 2014, we made our first outplantings of the young trees, and were shocked to see them produce fruit this year! Here are some photos of a properly planted tree (discussed later) and a closeup of fruit just taken this morning (21 April, 2015). We will be offering bare root trees next winter for you to plant, and Dunstan Nursery will also make them available through their outlets. The real benefit to using Dr. Deer pears is that they have small fruit in clusters and tend to hold onto them well into late fall. We are excited!! 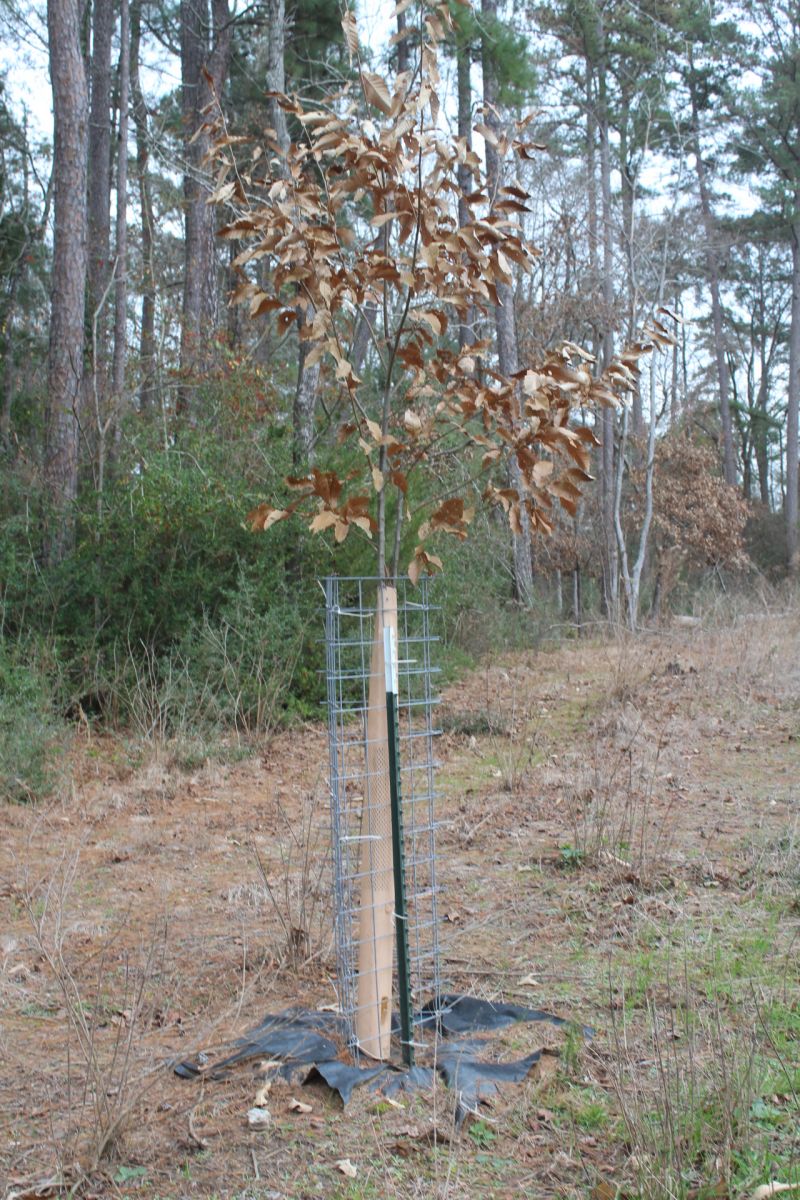